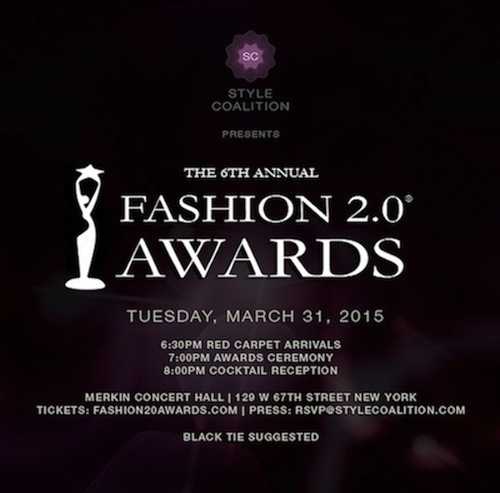 When it comes to fashion, there’s nothing more exciting than the latest innovation or more on trend than the ever evolving world of social media. This week Style Coalition will be hosting the 6th Annual Fashion 2.0 Awards honoring the best digital campaigns, platforms, social media strategies and innovations in the fashion industry. Kate Spade, Marc Jacobs and Michael Kors lead with the most nominations, followed by DKNY and Rebecca Minkoff. This year the founders of BaubleBar are being honored with the annual Visionary Award, legendary designer Sam Edelman will be delivering the keynote and I’ll be there to see it all. 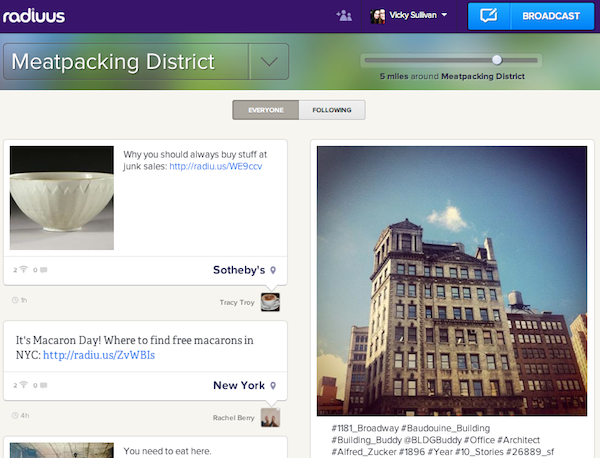 In New York, it’s just as important to know what’s going on down the street as it is to know what fashions are going down the runway.  So when I came across, Radiuus, a new social network that keeps you in the know about the happenings and hot spots in your neighborhood, I was immediately addicted.  It’s often been described as Twitter for places.  The user experience is set up much like Pinterest which is great to processing mass amounts of personalized information.  Not only can you tune into the culture and local news by following the neighborhoods where you live and work, you can also add locations anywhere or see what’s going on in your favorite city abroad.  When you’re out and about, you can share tips and photos about your favorite places and post links to local content.

You can live in New York City your whole life and still discover something new everyday.  Radiuus truly capitalizes on the concept of discovery.  No matter if you’re new to a city or have lived in the same place forever, Radiuus allows you to explore the world around you in an entirely new way.  So join me in becoming an early adopter.  The mobile app is coming soon. 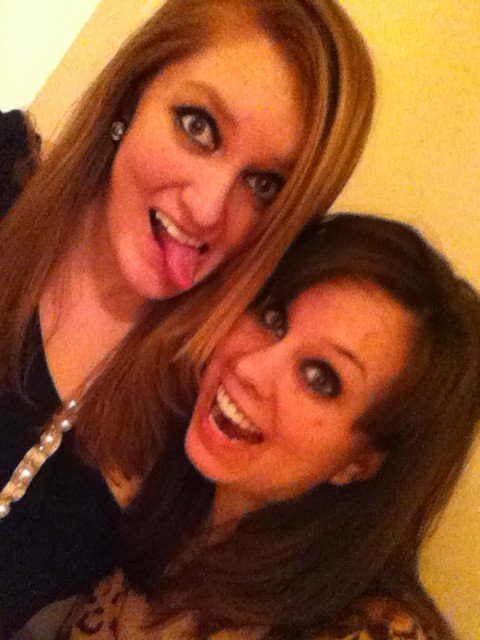 If there’s anything I’ve learned from social media, it’s the importance of always being your own best advocate and personal documenterian.  No one else can chronicle your life as well as you can so it’s your responsibility to tell your story on your terms.  I often look back on my pictures from college on Facebook and can truly appreciate how happy those four years were for me which is why it’s such an honor to share the ups and downs of my post-college life in New York with you. You will see from my expert record keeping, I had a fun and interesting weekend that thanks to Presidents Day isn’t yet over.

As you might already know from many of my previous posts, I’m a strong believer in the power of the Spontaneous Photo Shoot which is what this weekend was all about.  After picking out a few new clothes after work at Forever 21, my primary photo pal and fellow Aspiring Socialite, Amy, and I embarked on a mini photo shoot in my apt resulting in the lovely photo to the left along with the first one below.  It’s amazing how profound simple moments can be. 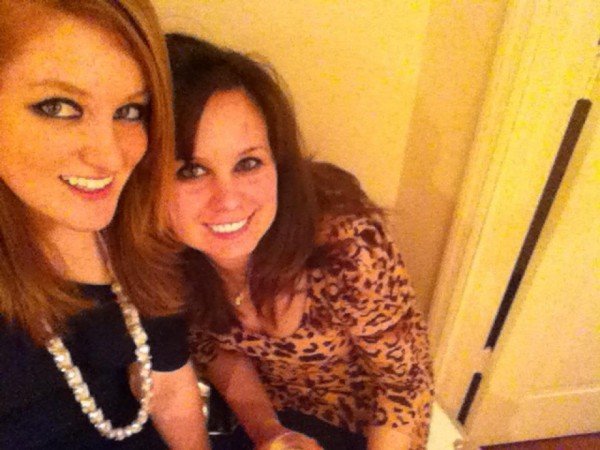 Fun times with Amy and I 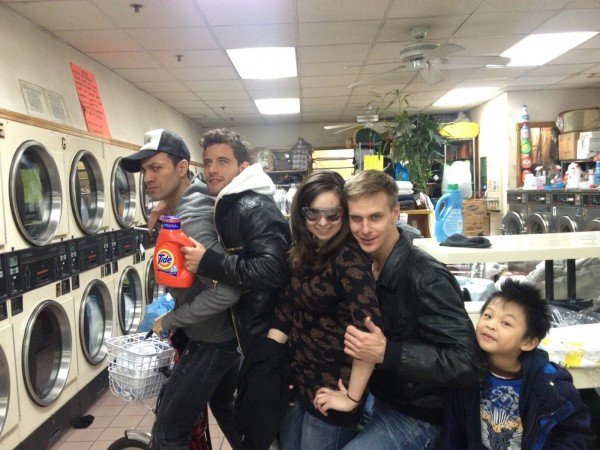 This is the most fun I’ve ever had doing laundry. Only in New York can you have a random photo shoot with new friends at the laundry mat.  This should really be the next Tide ad. 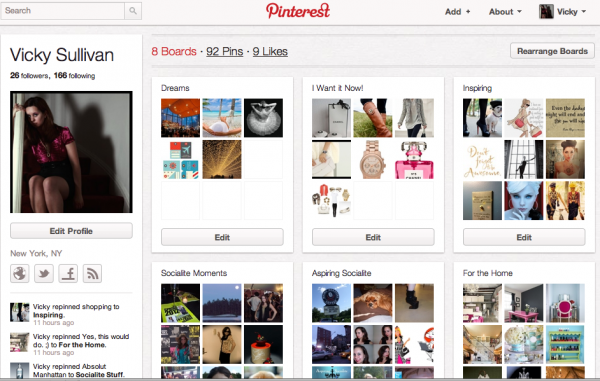 I just joined Pinterest less than a week ago and I’m totally obsessed! By obsessed I mean I woke up at 10:00 a.m. on a Saturday just to go on it. I went back to bed a half hour later, but still that’s serious. For those of you already on Pinterest and are equally obsessed with the beauty and inspiration it brings follow me if you haven’t already. Fashion Week is just days away and I will be sharing exclusive pictures of my adventures that iconic week in New York.

For those of you who aren’t familiar with Pinterest, it’s an online pinboard that allows you to organize and share beautiful things that make you happy such as fashion, weddings, home decor, and inspirational messages.  My boards include topics such as Socialite Stuff, Socialite Moments, Dreams, Inspiring, Style, For the Home, and I Want it Now!  So start pinning with me and get inspired too.  It’s the best way to experience the world around you or the world you wish was around you. 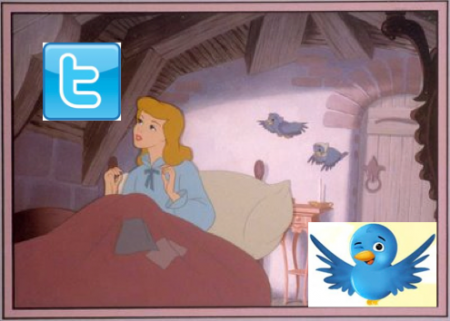 Whenever I tell someone about my blog, the first thing they always ask me is how I came up with the name and the idea.  So I figured I’d share my story.  During the summer of 2009 after graduating from Syracuse University.  I spent the summer sleeping on friends’ couches and going on dead end interviews all over NYC.  One afternoon, I found myself wandering the streets of the city aimlessly for hours when I found myself locked out of my friend’s apartment.  I walked passed a bank that had a ticker with all the stocks of the day out front.  Having nothing better to do, I stood there and watched the entire thing go by only to find that every single number was red.

I stood there motionless for I don’t know how long thinking about my nearly broken dreams and inner desires.  I could do one of two things: I could give up and go home or face this world like the socialite I’ve always wanted to be.  Some people may have been born into high society, but social media had given me the opportunity to tweet my way in and this was exactly the spark I needed to inspire my first Internet venture.  Months later, I mentioned my blog idea over lunch to my friend Nicole who told me not just to think about it, but to dive in.  She helped me set up my WordPress that weekend.  With all the amazing feedback I was getting on my writing from strangers, I really began to feel like a socialite and the site grew from there.

Since I like to think of everything in terms of the Disney Princesses, I consider the story of how Aspiring Socialite came to be a modern-day Cinderella story.  At the risk of sounding like the next episode of ABC’s hit series Once Upon A Time, I’ll always be thankful to Nicole for giving me the Fairy Godmother push I needed to tangle myself in the World Wide Web.  Sleeping Beauty has always been my favorite Disney Princess, but this is absolutely a Cinderella story for the social media age.  If I’m the Social Media Cinderella who tweeted herself into instant fame, does that make Jack Dorsey, the co-founder of Twitter who I totally have a secret crush on, Prince Charming?  I really hope so! 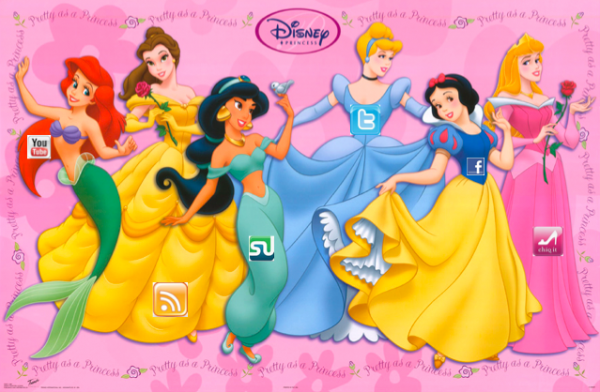 The Disney Princesses with the social media icons they remind me of.