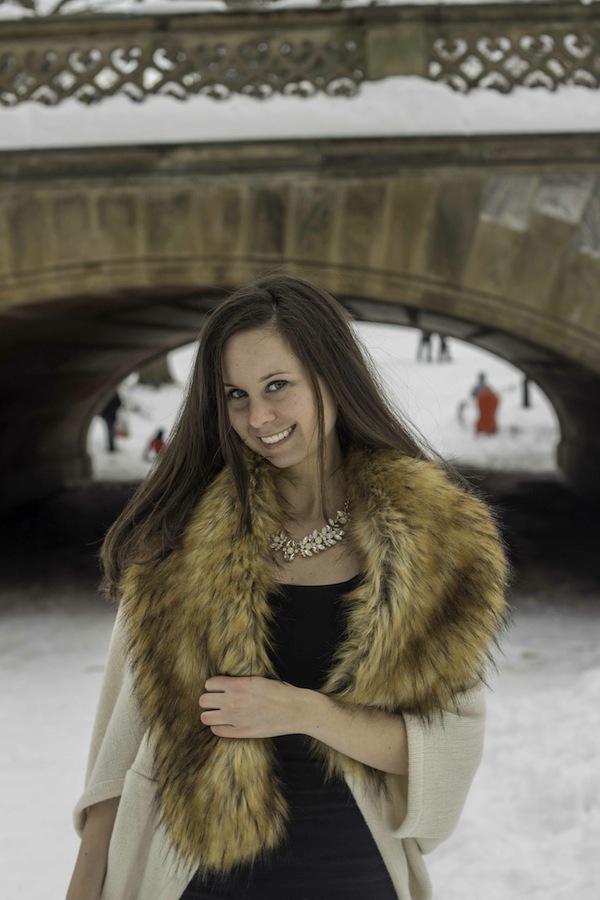 There’s nothing more glamours than freshly fallen snow in Central Park.  Recently Winter Storm Jonas turned it into a magical winter destination clad in over two feet of snow. When walking through the park the day after the storm, I felt like I was vacationing at a ski resort in Aspen rather than strolling through Midtown Manhattan.

Seeing a beautiful snow-filled Central Park inspired me to put together an outfit worthy of the Aspen slopes. When I saw this Faux Fur Collar Ruana from Bebe I knew I had to have it!  I then paired it with my fav pair of Dark Mid Rise Skinny Jeans from Express, a basic Women’s Camis Best Loved Bra Cami also from Express and a pair of Cougar Boots. The purse is vintage. It was my Mom’s in the 70s.

The necklace is from Rocksbox, a subscription service where a stylist provides you with unlimited jewelry samples for $19 a month. You can buy the pieces you want just by holding onto them and send back what you don’t. It’s basically the Birchbox of jewelry.  Sign up using the code “aspiringsocialitexoxo” and you can get one month free. Renting jewelry is truly the way of the future.

I can’t wait for another big blizzard to hit! 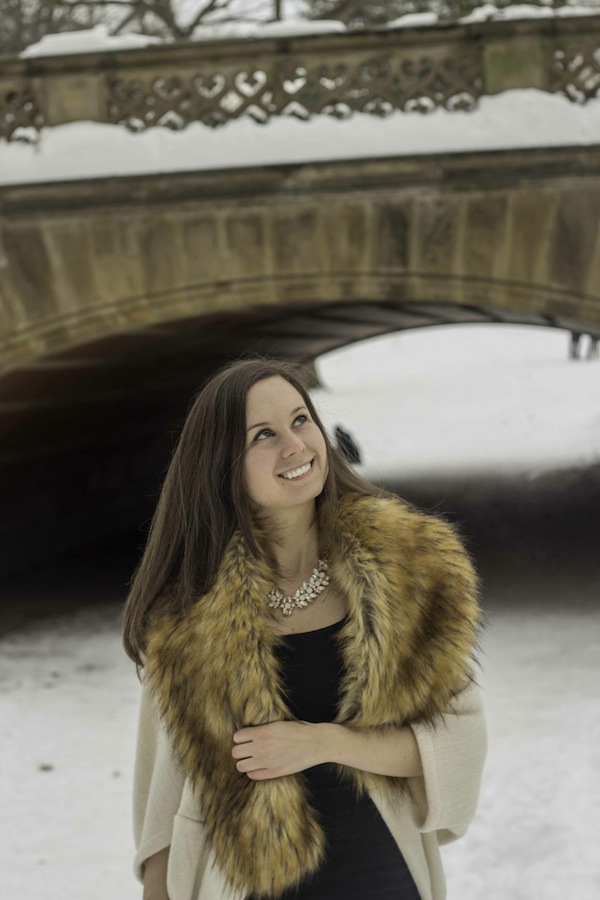 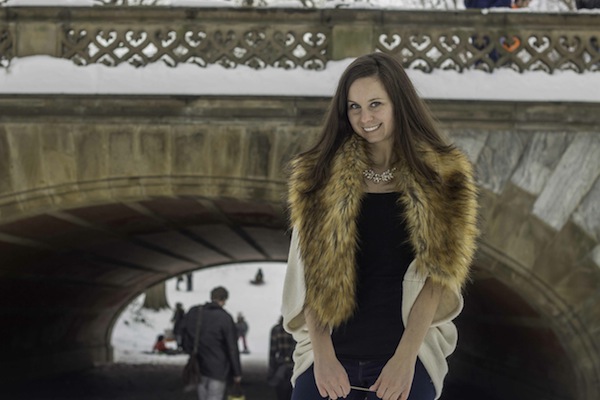 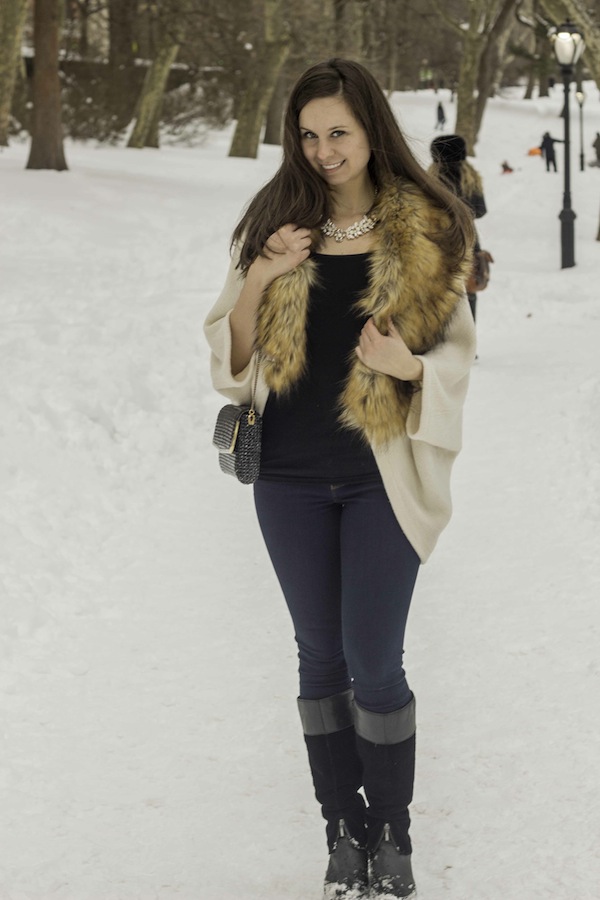 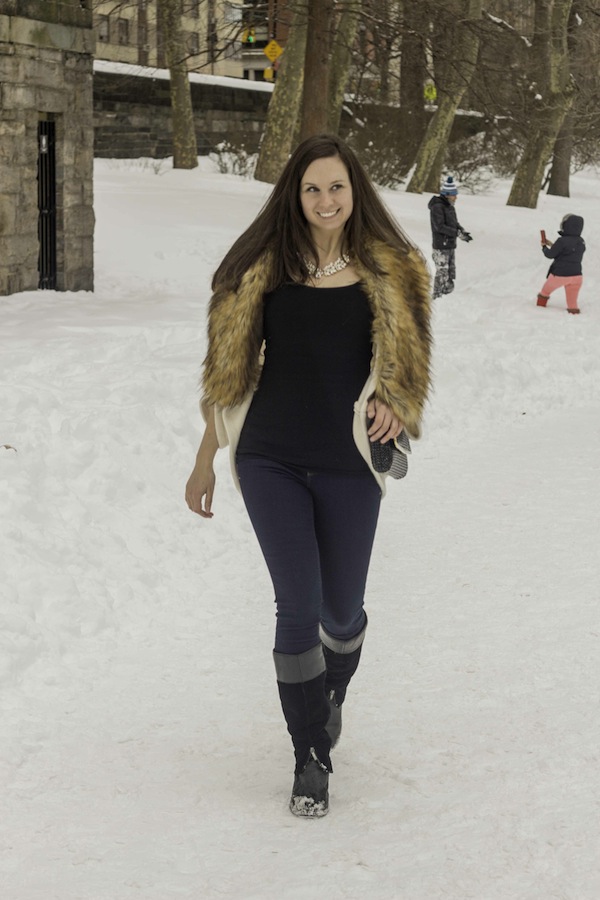 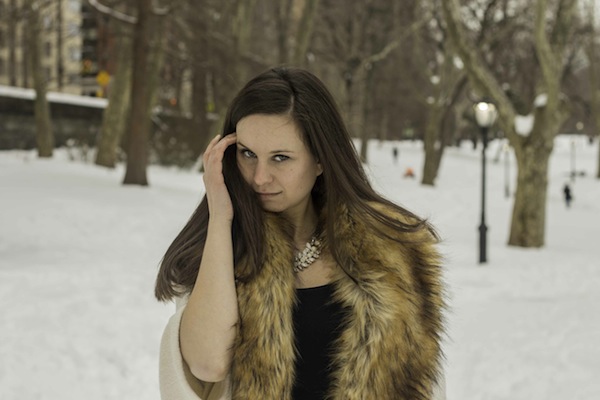 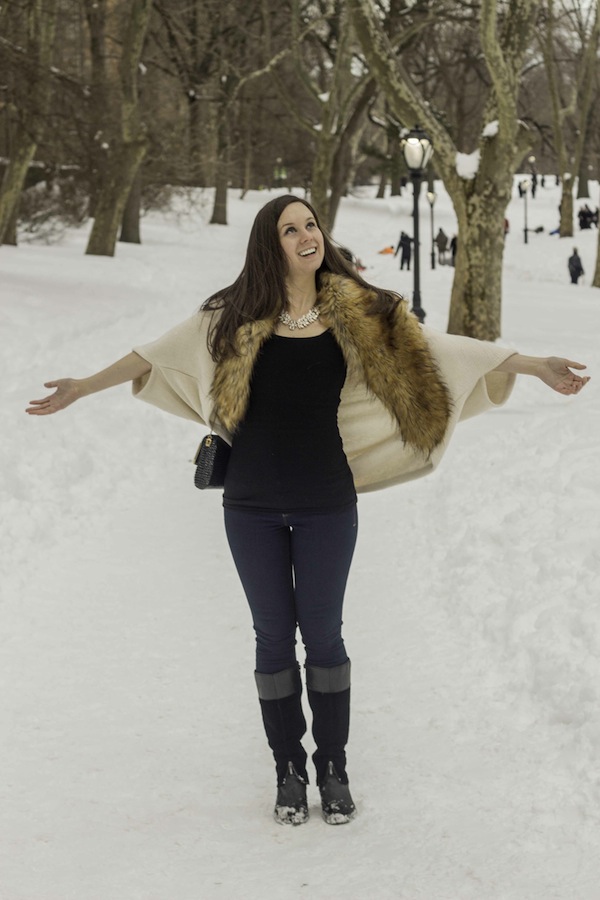 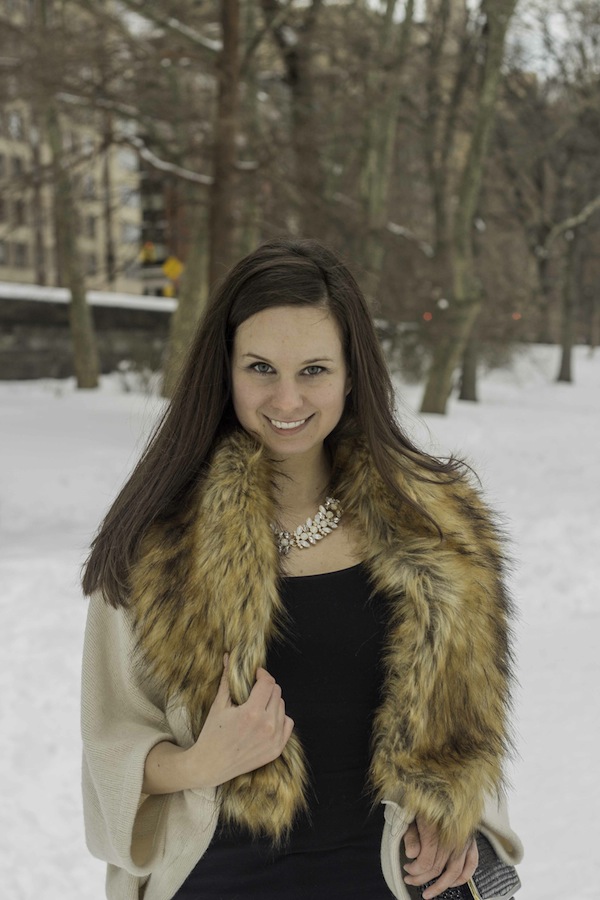 Today Winter Storm Jonas turned New York City into a whole new place. The blizzard gave New Yorkers a true day off and transformed Manhattan into a traffic-free Winter Wonderland. If only every day could be a snow day! 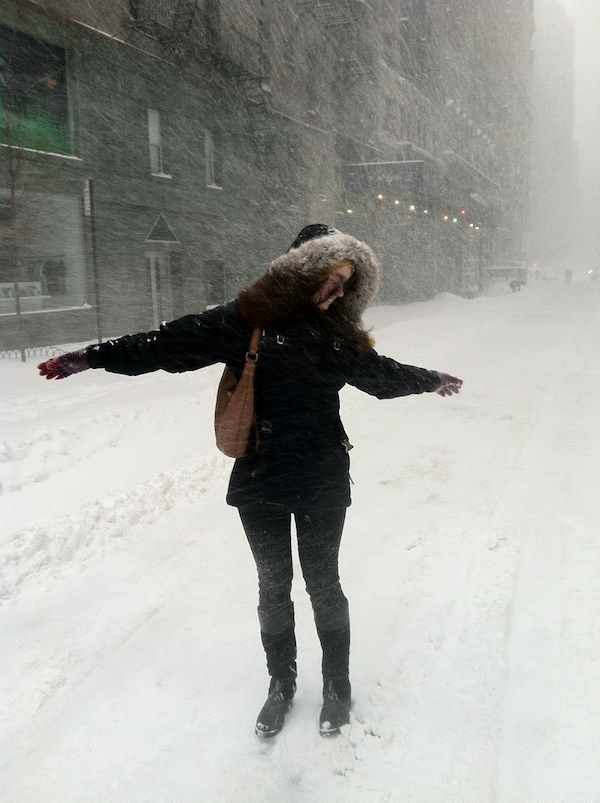 I’ve lived in New York for about six years now and I’ve never seen it the way I saw it during the Jonas blizzard. Instead of being the fast and busy place it always is, New York became relaxed and whimsical as the snowstorm blasted over Manhattan. With no non emergency vehicles allowed on the roads, everyone who was out on the empty streets of the city was there to play. Since there was no traffic, you could even walk and make snow angels in the middle of the street.

As I walked through the snowy city, I saw people making snowmen in Times Square, cross country skiing through the streets and enjoying the bliss of having nowhere they needed to be.  If there’s anything I learned from this monumental blizzard it’s that New Yorkers need more snow days (we got around two feet of snow today) and that everyone needs a good North Face jacket. I’ve had mine for 10 years and it’s still going strong. 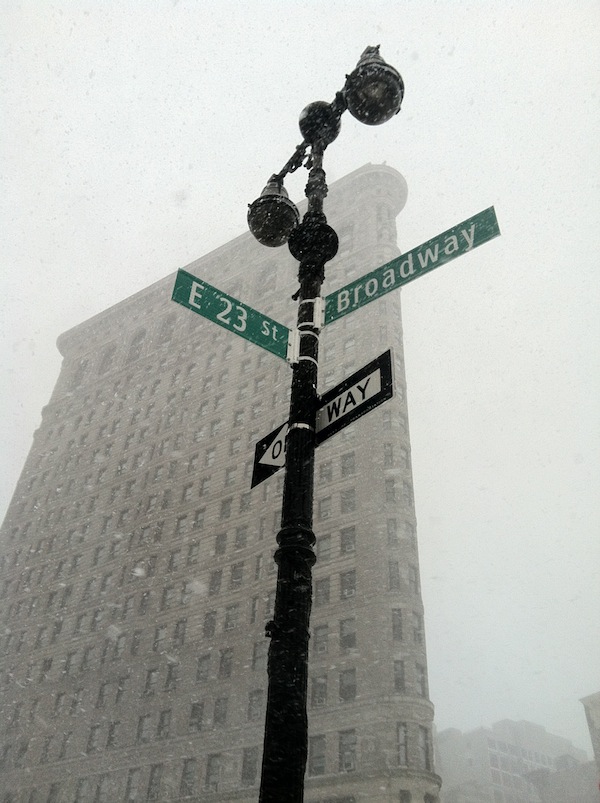 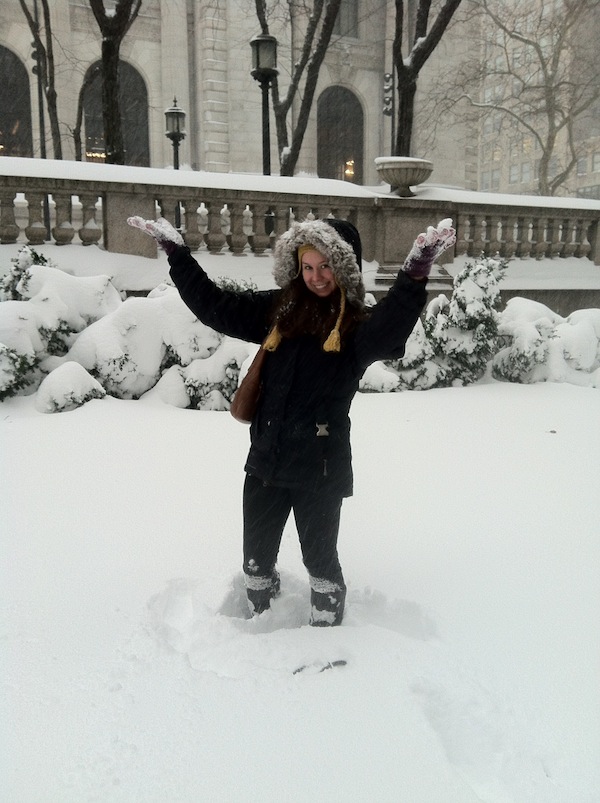 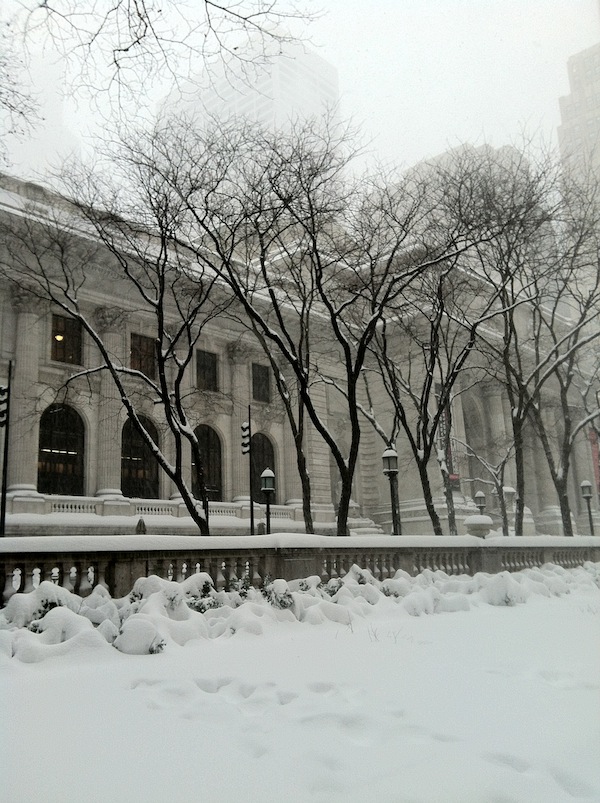 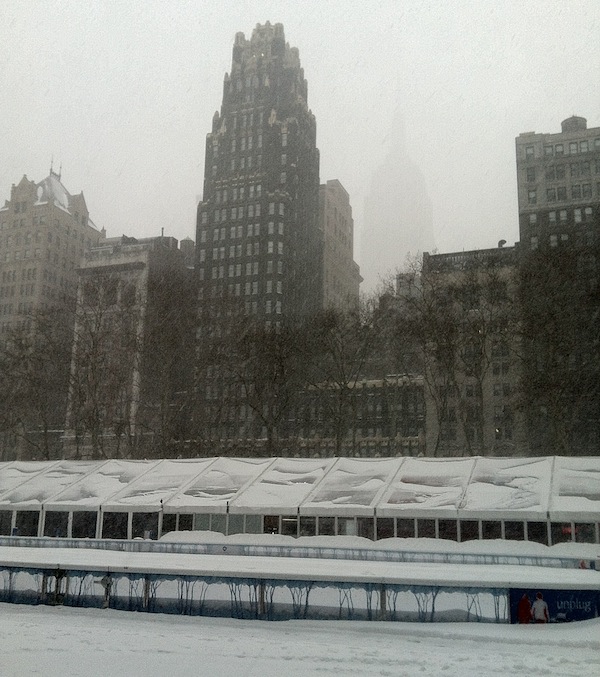 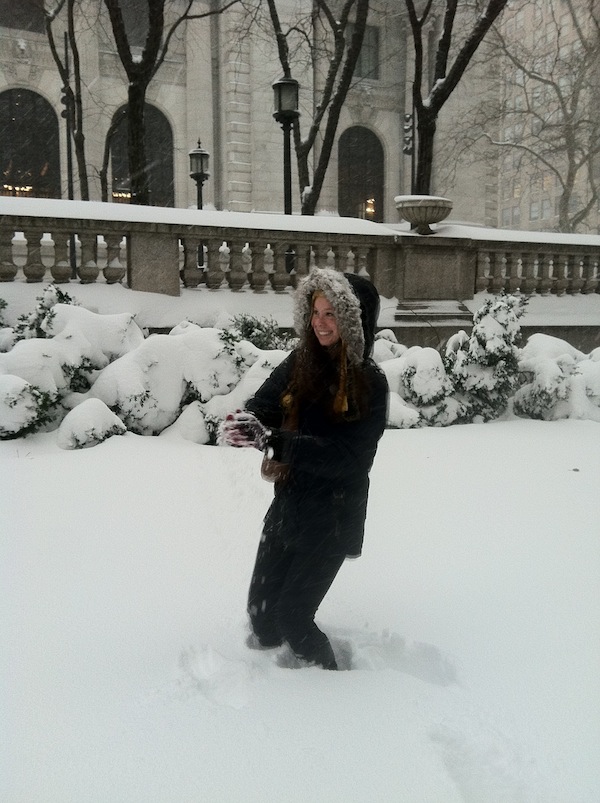 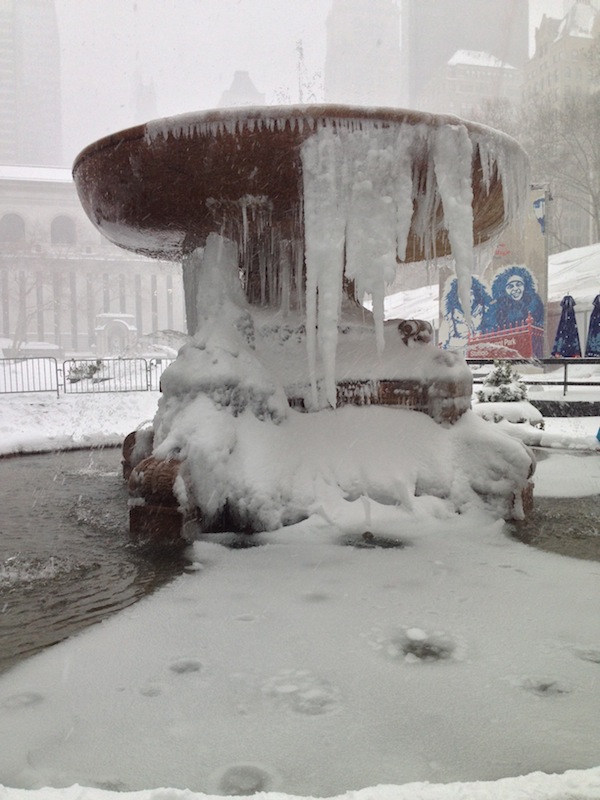 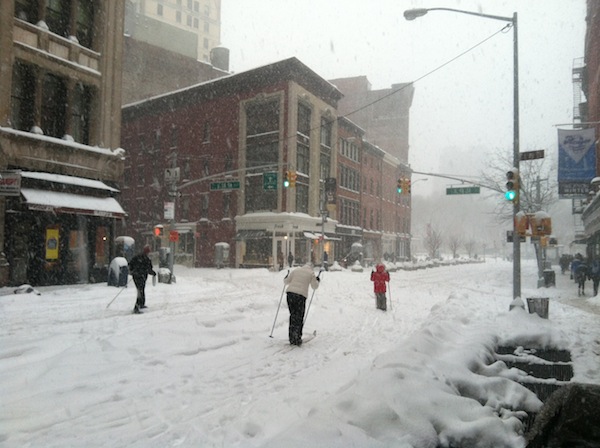 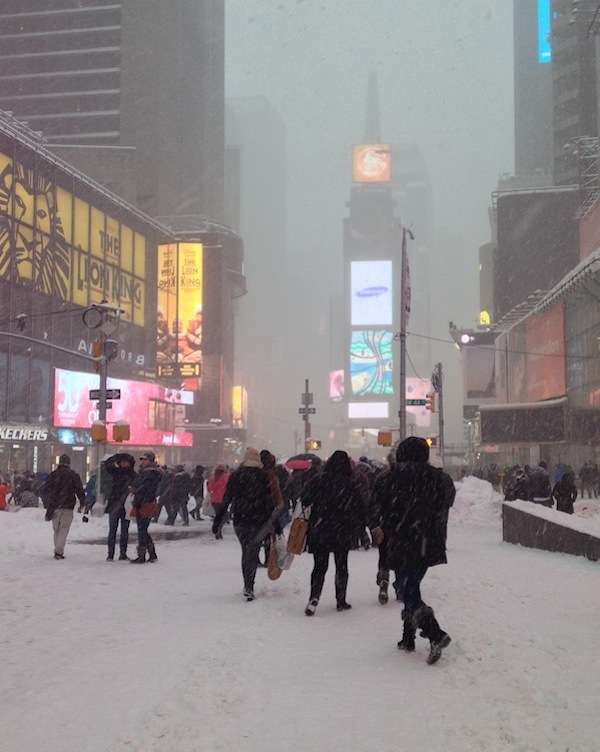